Coronavirus Update: We care about your health and continue to service our customers safely. Read More

Ozone as an Air Cleaner? Definitely NOT!

Education makes sense. With spring in the air, people begin to suffer from allergies. Thanks to the internet, there is a plethora of misinformation and false claims about products. Bayonet is proud to offer Lennox’s Healthy Climate line of air cleaners. NONE of the Healthy Climate Products produce ANY OZONE as a byproduct. Most electronic air cleaners emit some ozone.  Mention this blog to take $50 off the installation of an OZONE FREE whole home filter when installed before 1 May 2013.

If you’re considering an indoor air quality solution, read on to learn more about Ozone and why it shouldn’t be your option!

Ozone generators that are sold as air cleaners intentionally produce the gas ozone. Often the vendors of ozone generators make statements and distribute material that lead the public to believe that these devices are always safe and effective in controlling indoor air pollution. For almost a century, health professionals have refuted these claims (Sawyer, et. al 1913; Salls, 1927; Boeniger, 1995; American Lung Association, 1997; Al-Ahmady, 1997). The purpose of this document is to provide accurate information regarding the use of ozone-generating devices in indoor occupied spaces. This information is based on the most credible scientific evidence currently available.

Ozone is a molecule composed of three atoms of oxygen. Two atoms of oxygen form the basic oxygen molecule–the oxygen we breathe that is essential to life. The third oxygen atom can detach from the ozone molecule, and re-attach to molecules of other substances, thereby altering their chemical composition. It is this ability to react with other substances that forms the basis of manufacturers’ claims.

How is Ozone Harmful?

The same chemical properties that allow high concentrations of ozone to react with organic material outside the body give it the ability to react with similar organic material that makes up the body, and potentially cause harmful health consequences. When inhaled, ozone can damage the lungs. Relatively low amounts can cause chest pain, coughing, shortness of breath, and, throat irritation. Ozone may also worsen chronic respiratory diseases such as asthma and compromise the ability of the body to fight respiratory infections. People vary widely in their susceptibility to ozone. Healthy people, as well as those with respiratory difficulty, can experience breathing problems when exposed to ozone. Exercise during exposure to ozone causes a greater amount of ozone to be inhaled, and increases the risk of harmful respiratory effects. Recovery from the harmful effects can occur following short-term exposure to low levels of ozone, but health effects may become more damaging and recovery less certain at higher levels or from longer exposures (US EPA, 1996a, 1996b).

Is There Such a Thing as “Good Ozone” and “Bad Ozone”?

The phrase “good up high – bad nearby” has been used by the U.S. Environmental Protection Agency (EPA) to make the distinction between ozone in the upper and lower atmosphere. Ozone in the upper atmosphere–referred to as “stratospheric ozone”–helps filter out damaging ultraviolet radiation from the sun. Though ozone in the stratosphere is protective, ozone in the atmosphere – which is the air we breathe – can be harmful to the respiratory system. Harmful levels of ozone can be produced by the interaction of sunlight with certain chemicals emitted to the environment (e.g., automobile emissions and chemical emissions of industrial plants). These harmful concentrations of ozone in the atmosphere are often accompanied by high concentrations of other pollutants, including nitrogen dioxide, fine particles, and hydrocarbons. Whether pure or mixed with other chemicals, ozone can be harmful to health.

Available scientific evidence shows that at concentrations that do not exceed public health standards, ozone has little potential to remove indoor air contaminants.

There is evidence to show that at concentrations that do not exceed public health standards, ozone is not effective at removing many odor-causing chemicals.

If used at concentrations that do not exceed public health standards, ozone applied to indoor air does not effectively remove viruses, bacteria, mold, or other biological pollutants.

If I Follow Manufacturers’ Directions, Can I be Harmed?

Results of some controlled studies show that concentrations of ozone considerably higher than these standards are possible even when a user follows the manufacturer’s operating instructions.

What Other Methods Can Be Used to Control Indoor Air Pollution?

The three most common approaches to reducing indoor air pollution, in order of effectiveness, are:

Whether in its pure form or mixed with other chemicals, ozone can be harmful to health.

When inhaled, ozone can damage the lungs. Relatively low amounts of ozone can cause chest pain, coughing, shortness of breath and, throat irritation. It may also worsen chronic respiratory diseases such as asthma as well as compromise the ability of the body to fight respiratory infections.

Some studies show that ozone concentrations produced by ozone generators can exceed health standards even when one follows manufacturer’s instructions.

Available scientific evidence shows that, at concentrations that do not exceed public health standards, ozone is generally ineffective in controlling indoor air pollution.

The concentration of ozone would have to greatly exceed health standards to be effective in removing most indoor air contaminants. In the process of reacting with chemicals indoors, ozone can produce other chemicals that themselves can be irritating and corrosive.

Posted in Indoor Air Quality, Uncategorized | Comments Off on Ozone as an Air Cleaner? Definitely NOT!

Is your Air Conditioning on your Spring Cleaning List?

With spring just around the corner, it’s the perfect time to schedule a tune-up for your air conditioner.  A pre-season check of your air conditioning system prior to the summer months can be a real money saver.  When your air conditioner is running well it uses less energy to cool your house, and lower energy use means bigger savings for you on your monthly utility bills.  Air conditioners at peak efficiency will use up to 30 percent less electricity and last years longer*.

Early air conditioner maintenance can also reveal most small problems that can lead to major, more expensive problems if left unattended. And, if your air conditioner checkup is scheduled for spring, you’ll beat the long waits and higher prices that come with peak season repair visits.  You’ll also be able to schedule a HVAC (heating & cooling) professional to come out when it’s most convenient to you for service.  Wait until later in the summer, however, and you may have to accept whatever appointment is available.

Here are some great tips to consider before turning your air conditioner on for the season:

It’s almost spring and that means the beginning of one of our favorite seasons: softball season! Bayonet Plumbing and AC is a proud sponsor of East Pasco Little League and West Pasco Dixie Softball. We’re happy to support the youth of our communities as they grow through sports. 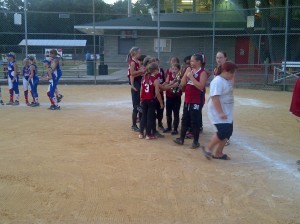 Today, March 2nd, is Opening Day at West Pasco Dixie. The fields are located at 2141 Seven Springs Blvd. in New Port Richey. We will be onsite from 9 a.m. to 1 p.m. with goodies for those who stop by and say hi! We have a limited supply so find us early!

Here’s an added bonus: everyone who “likes” our Facebook Page this weekend is automatically entered to win a $100 Sports Authority gift card!   Have you already liked us? No problem, just post “Thanks for supporting youth sports” on our Facebook page,and you will be entered too.  We will post the winner’s name on Monday, March 3rd! 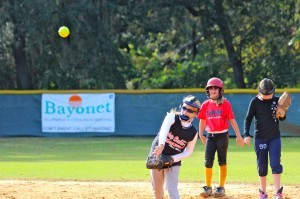 Posted in Uncategorized | Comments Off on West Pasco Dixie Softball: Opening Day…come and see us!